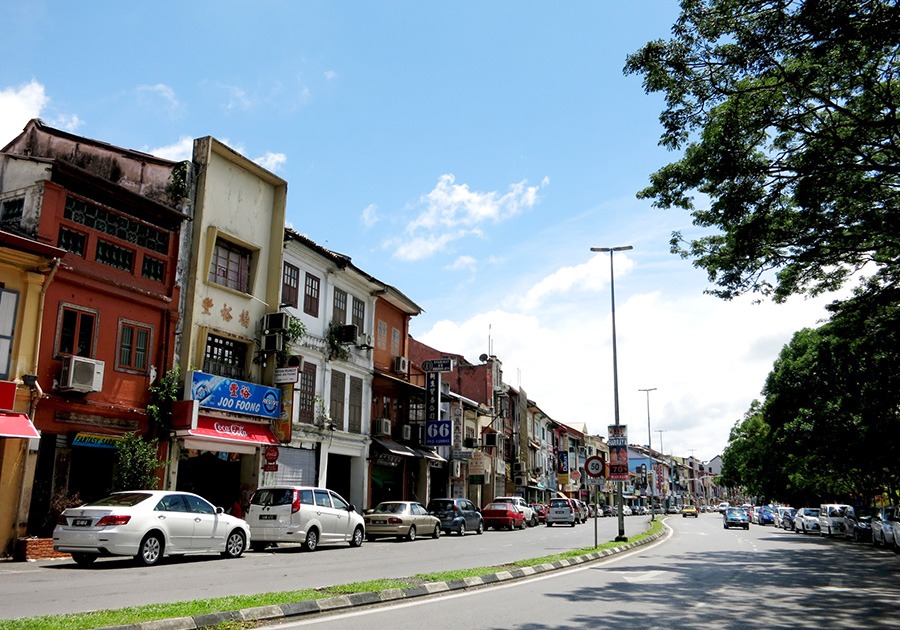 Kuching Old Bazaar was a very typical business district where the Chinese traders, Malay, Dayak and European customers frequented. In the early years, before the development of other outlying areas, the Old Bazaar was the main trading center. This was also how the name “Main Bazaar” was derived. People came to this street to trade and sell. All the local barter trades as well as the import and export activities with Singapore and beyond were dependent on its wharf.

Since in the earlier years the Main Bazaar was equivalent to the “Old Bazaar”, shop owners often used “Old Bazaar” as their corresponding address. However, following the various Chinese dialects, the streets also had a few other names depending on the dialect group. The earlier Hokkien settlers called the area “Gang Gi” (港墘) meaning “by the river”. The Teochew used the term “Soon Hong Street” (顺丰街) because there used to be a Soon Hong Kongsi (顺丰公司) belonging to the Teochew. In the first half of 20th century, some people even used the term “Hai Qian Street” (海墘街), thought to be an influence from Singapore or Malaya. Around the 1960s, the name “Hai Chun Street” (海唇街) became a rather fixed name for Main Bazaar. The word “Hai Chun” is believed to have originated from the Hakka meaning of “by the river”.