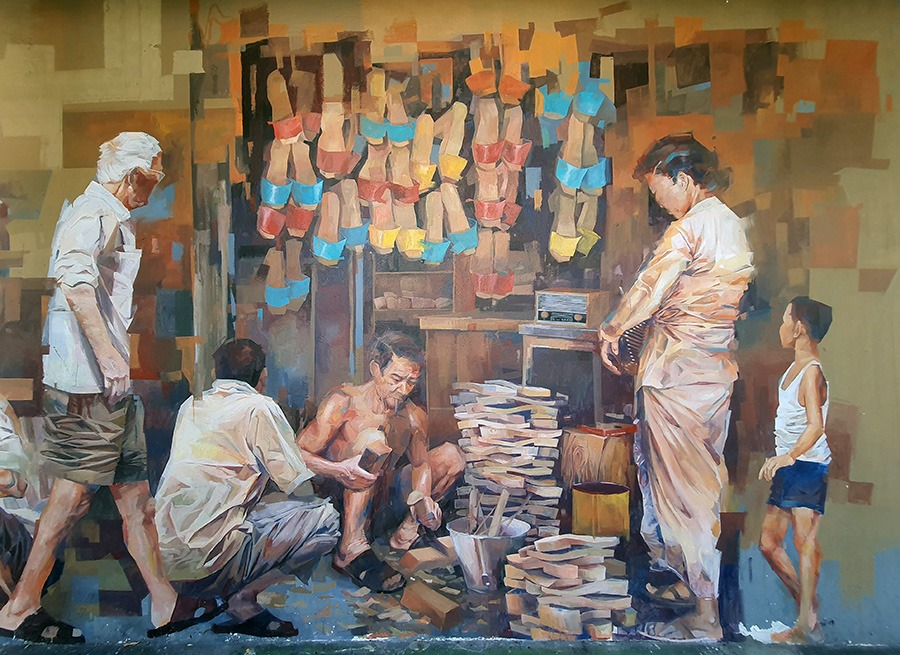 Wooden clogs were very popular footwear in the early days. The Hokkiens called these versatile footwear ‘cha-kiak’, and they could be worn either at home or out and about. These breezy wooden clogs, complete with its signature clacking sounds were a common sight and sound at the five footways. The clogs were especially popular with the stall owners at the wet markets, as they were both anti-slip and anti-humidity. In fact, wooden clogs are considered to be part of wedding dowry for both the Chaoshans (潮汕人) and the Hakkas (客家人).

Based on the statistics, there were at least four or five wooden clog manufacturers at Old Bazaar in the past. They were once-familiar names such as Kee Chin at Carpenter Street, Law Soon Joo at China Street, Chee Chiang at Ewe Hai Street, and Chan Seng at Wayang Street, none of which exist today.