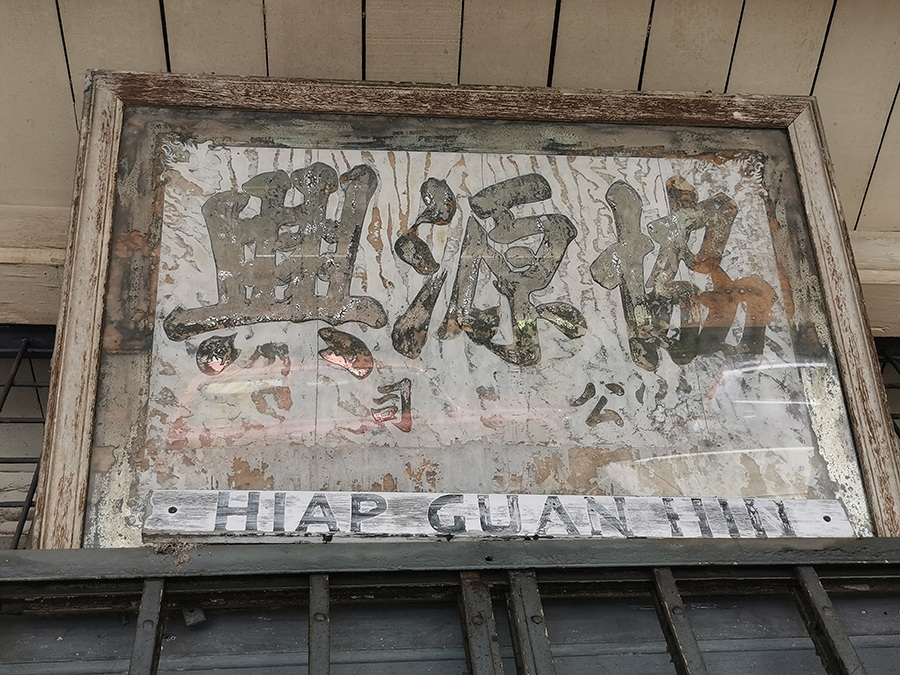 As Kuching’s oldest marketplace, the Main Bazaar was the birthplace of many professions. Every single brand here used to be the representative and the leader of their respective industries. 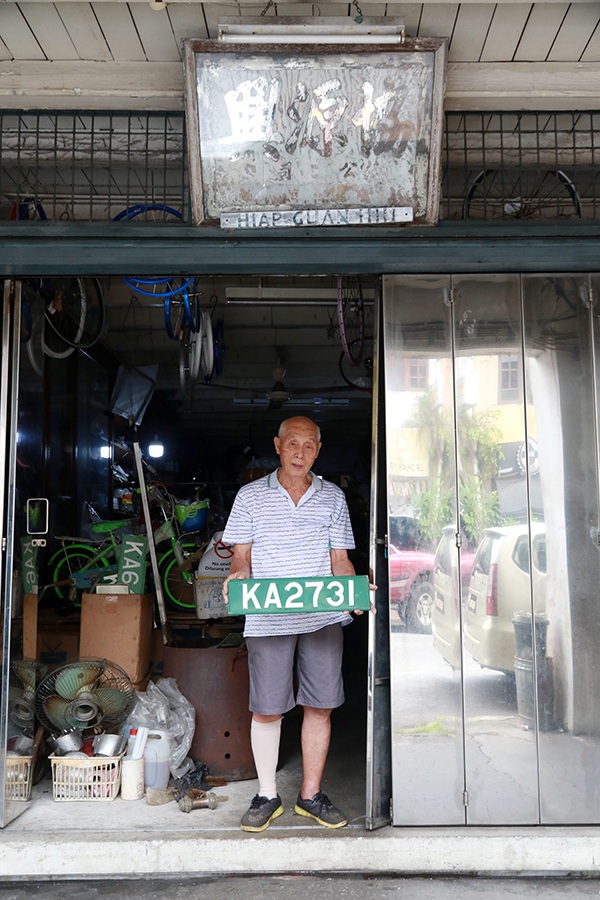 Hiap Guan Hin Bicycle Shop was one such shop. In the long history of this old street, the most fascinating thing about them is that they used to be Kuching’s largest car rental company.

It was rare to see cars in the 1950s and 1960s, and Hiap Guan Hin already owned 9 rental cars then, including a Mercedes Benz, Ford and five other used branded cars. To the people then, this was an incredibly impressive fleet of rental cars.

“At the peak of our business, all of us five brothers had to drive taxis and hire another four drivers.” 82-year-old Lee Jinmei remembers fondly. He was originally in charge of bicycle repair works, but when they were shorthanded, he had to help his father drive taxis too.

As he recalled the past, what made him the most excited was the black Mercedes in the 1970’s. It was was exclusively for Sarawak’s first chief minister, Datuk Stephen Kalong Ningka. KA171, KA2731, he fished out a green metal license plate. “These two license plates belong to that Mercedes!” 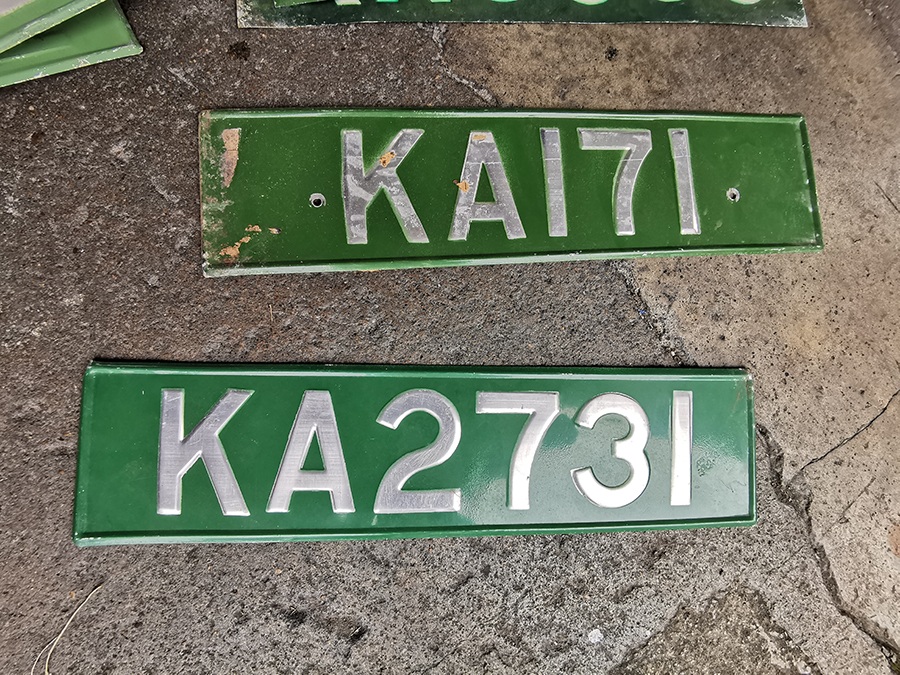 Interestingly, ‘2731’ was also Hiap Guan Hin’s phone number. In the earlier days, phone numbers contained only three digits, and theirs was ‘131’. Back in those days, very few people owned cars. Similarly, very few people owned telephones. Hiap Guan Hin was one of the earliest to apply for a telephone, in order to provide convenience for their customers.

Amongst Lee Jinmei’s treasured possessions, apart from the rental car license plates, he had also kept the historical drivers’ license from the British Occupation days. The license plate were made out of metal and were tied to the driver’s arms. There were serial numbers on these metal plates, and these cars were called hackney carriages, which was what the old English called these rental cars. Hackney is a rural area in London and was well known for their horse carriages. Hence, taxi services in London are still referred to as ‘hackney carriages’.

“This is a very old item. I was born in 1939, and I’ve never seen drivers wear this type of license plate when I was a child” Hiap Guan Hin was officially registered as a business in 1932. Hence, these licenses should have been used after 1932, but before the 1940s.

Back in the day, people used to say that before one travels, one must look for the Heng Hwas. Indeed, Lee Jinmei and his family are Heng Hwas. However, he laughed and said, “I’m a Heng Hwa who doesn’t speak that language!”

Hiap Guan Hin was founded by his father Lee Shuihua. In the 1920s, a teenage Lee Shuihua had already arrived at Singapore from China, and was relying on his grandfather who ran an inn in Singapore.

“My grandfather rented rooms to the fellow Heng Hwas who had come from China, and he helped them look for jobs as well, mainly as trishaw pullers.” After helping at his father’s inn for many years, he decided to set up his own business. He had opened a bicycle shop in Singapore which was later managed by his relatives instead. On his own, he came to Sarawak and drove lorries in Miri and drove buses in Kuching until he saved enough money to found Hiap Guan Hin at Kuching’s Old Bazaar.

The 1930s was the trishaw era. In the beginning, Hiap Guan Hin sold bicycles and repaired bicycles. However, regular folks then could not afford bicycles, so Hiap Guan Hin’s main business was to repair trishaws that were everywhere back then. After the 1940s, Lee Shuihua purchased some used cars as rental cars and taxis, and launched a car rental business from then onwards.

“Taxis back then were not like what they are now. Customers had to call for a taxi to pick them up.” In Lee Jinmei’s memory, apart from weddings and unless they were rich, regular folk never had much chances to be in a car. “People would rent cars for weddings, and it cost five dollars for one hour.”

Another peak season for car rental business was during the Chinese New Year, because many rich customers were willing to pay ten dollars an hour to have the driver drive the family around town.

Lee Jinmei has experienced the Brooke dynasty, the British Occupation, the Japanese Occupation, and Malayan Independence. His most vivid memory takes place in 1963 when the Malayan Prime Minister Tunku Abdul Rahman suggested combining Singapore, Sarawak, Sabah, and Brunei into one country, Malaysia. The United Nations had sent a research team to Sarawak to gather public opinion. When the representatives rented a car, it was part of the Hiap Guan Hin’s fleet.

“They issued me a letter stating their intention to rent a car.” Lee Jinmei recounts. Back then, the UN ambassadors stayed at Aurora Hotel, the most luxurious hotel of those days.

An old picture hangs in the shop. His brother Lee Jinxing, together with the UN team, are in the picture. As a token of their appreciation, the United Nations not only gifted them with a UN flag, but also presented them with a letter of appreciation.

As time passed, and every household began to own their own car, Hiap Guan Hin returned to the bicycle business in the 1980s. One of their shops still focused on repairs, while the other shop focused on bicycle sales.

Reminiscing the golden age of car rentals, Lee Jinmei has nothing but good memories. “We have driven around three generations of clients, from the grandfather to the father to the son. 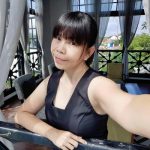 Master of Arts in Chinese Language and Literature, former feature writer, now works as a freelance writer, focus on the beauty of Sarawak.