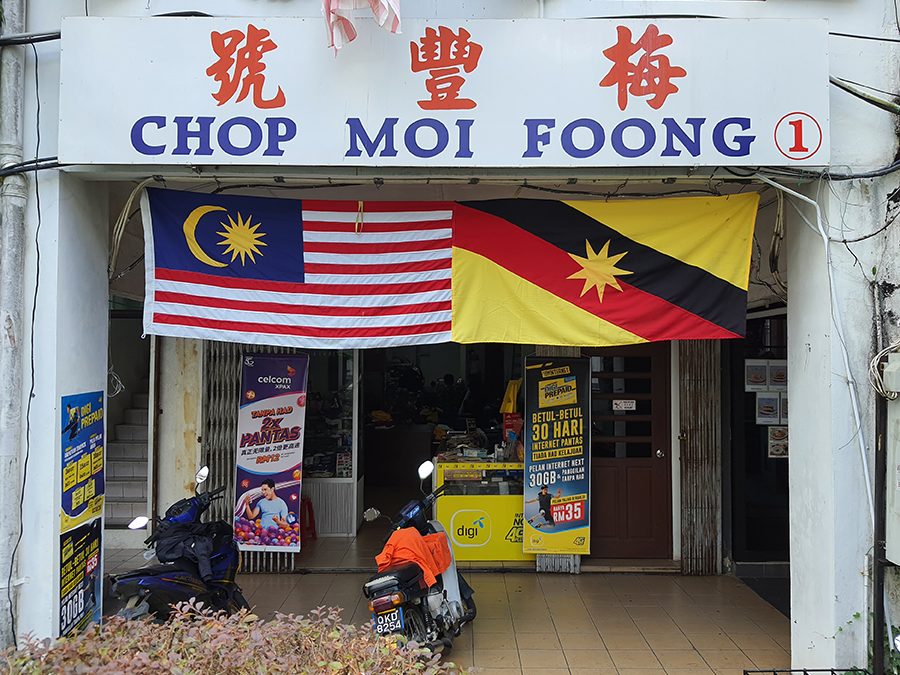 Registered in 1932, Chop Moi Foong (梅丰号) provided Western-style tailoring services and traded fabrics and various goods. Its founder Leong Joon Seng (梁云生) had come to Kuching from Jiaying (Meixian) in Guangdong, China in the late 19th century. He had likely been engaged in the business even before officially establishing his own shop. He was succeeded by his eldest son Leong Lip Hian (梁立宪) and now by his grandson Leong Chin Onn (梁振安).

In the 1960–70s, Chop Moi Foong was the largest uniform supplier in Kuching, contracting for government departments, the military and the police. When Leong Chin Onn took the helm, the shop expanded into the manufacture of flags and became the birthplace of many stripes of glory.