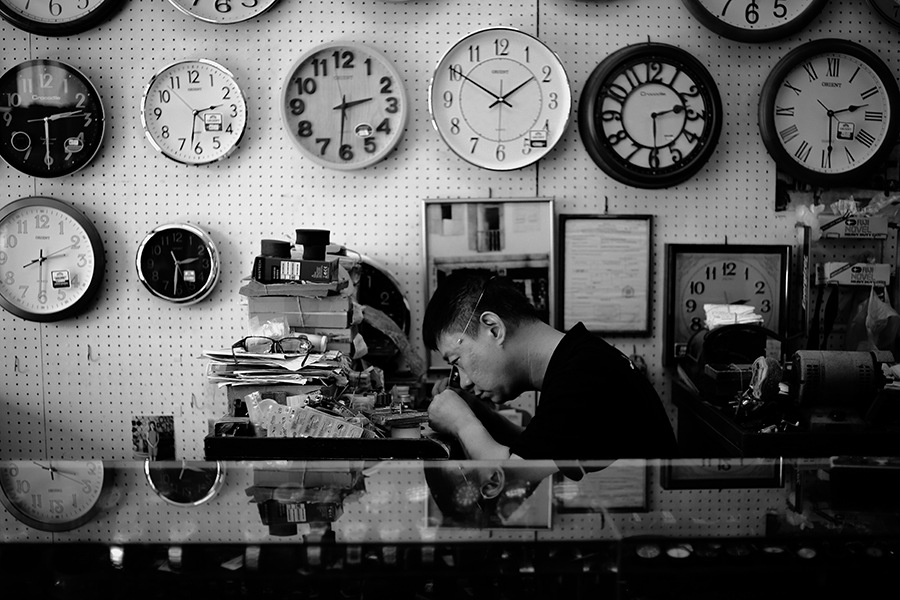 No. 17 Carpenter Street is said to have been the first location of the Kong Wai Siew Association before its relocation to the building opposite.

In the 1920s, the shophouse was purchased by Mr Mok Fook Chiong, a first-generation migrant from Gaoyao, in the district of Zhaoqing in western Guangdong, China, who had arrived in Kuching in the late 19th century. Since then, the building has been home to a further three generations of the Mok family, as well as the trading premises for the family business – Mok Siew Loong Watch Repair and Dealership – which was established in the 1920s and which continues to this day.