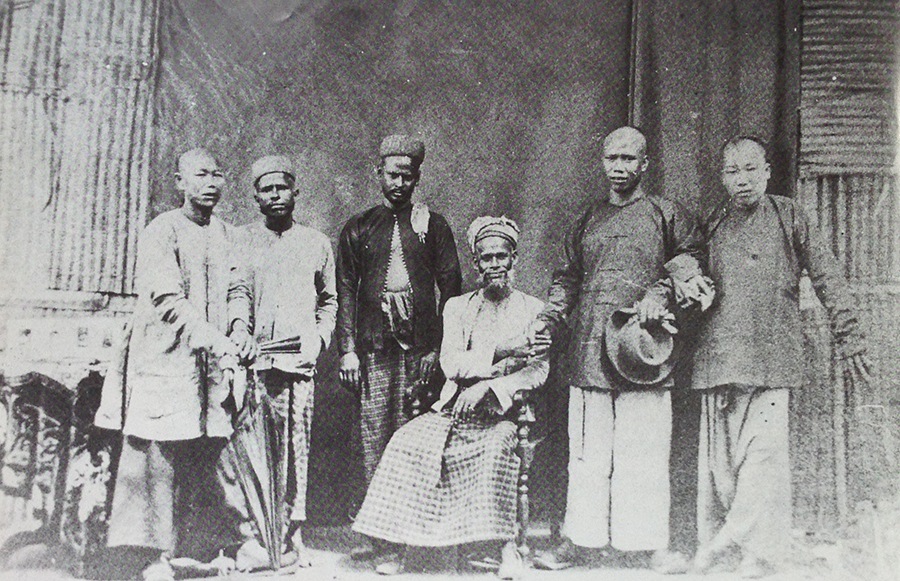 A Teochew from Guandong Chao Ann district. Law Kian Huat arrived in Kuching during the reign of the first Rajah in 1852. Initially he was involved in the plantation of gambier and pepper. Then he partnered with Sim Ah Nio (沈亚尧) who came from the same village to form the Ghee Soon Company (义顺公司). The company was into the import and export of jungle products. In 1867, the company won the tender of the Farm System and became the larges company in Sarawak. He was officially recognised as the premier of Teochew trade organisation and was later appointed as chairman of Soon Hong Kongsi (顺丰公司). Ghee Soon Company owned more than a hundred of the shophouses in Old Bazaar at its height. Unfortunately the shophouses were destroyed in Kuching Great Fire in 1884. The company closed down after Law and Sim passed away in their Teochew hometown the following year of the Great Fire.

A sundry shop by the name of Kheng Hua Seng (庆和成) used to occupy No. 33 China Street. It was started by Law Lip Kheng (刘立庆), great-grandson of Law Kian Huat, and was continued by his eldest son Law Pang Jin (刘榜仁) and his siblings. The shop later moved to Green Road and shifted its focus to belian timber trading. No. 33 China Street passed into the care of Law Pang Tee (刘榜智), Law Lip Kheng’s fourth child, who ran an antique business and also rented out the space.