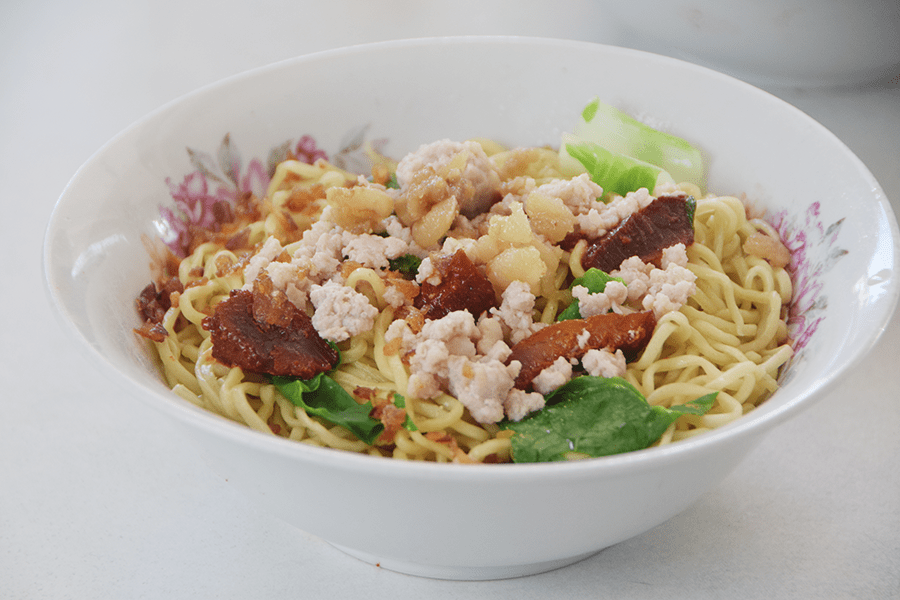 In the 1920s, a 16 years old Kiew Shao Ngap who originate from Baihou Town, Taipu Guang Dong arrived in Kuching alone and stayed at shop no. 44 of Upper China Street. 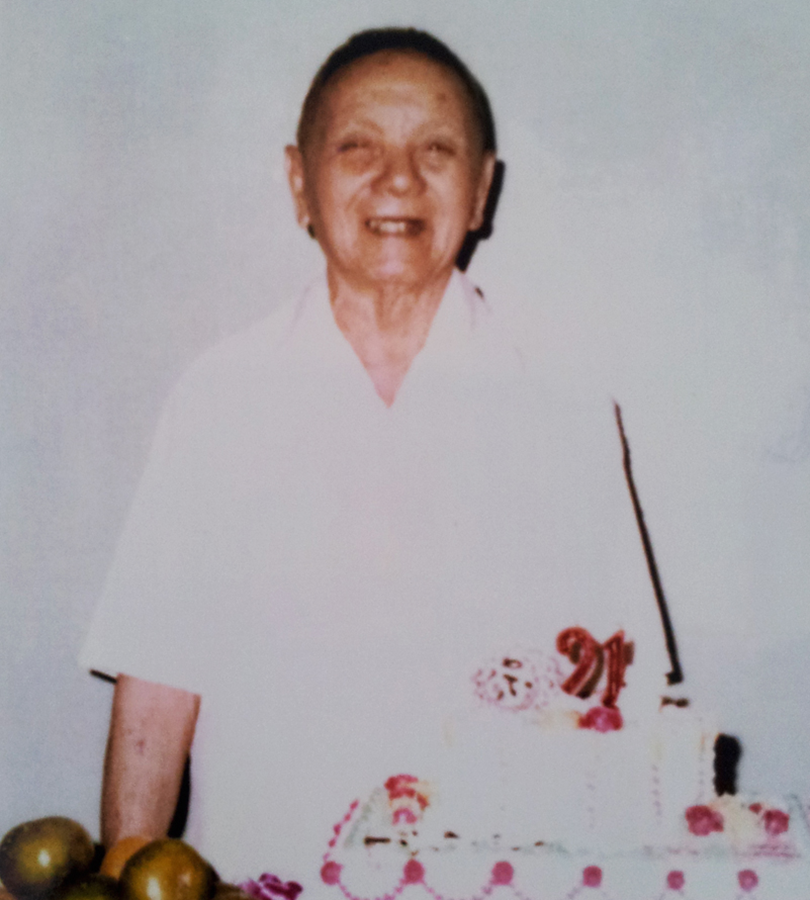 At first, Kiew began work in a Chinese medicine shop. Then he decided to start his own business in 1925 by selling “Jam Mian”, a type of traditional Taipu Hakka noodles with the handmade noodles cooked then mixed with other cooked ingredients such as minced meat. Kolo mee is speculated to have evolved from “Jam Mian”.

During those early years, Kiew carried a basket peddling around Carpenter Street, Upper China Street, Main Bazaar calling out for customers by beating a piece of bamboo. After accumulating some savings, he rented a stall at a Hainanese own coffee shop at Upper China Street. 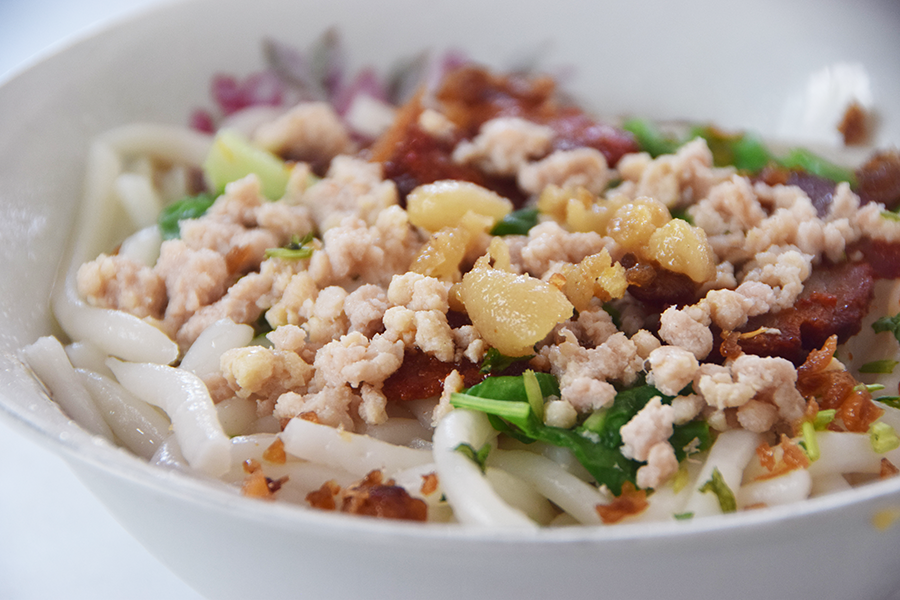 He continued selling the Taipu authentic noodles, and also started selling Mee Tikus (a type of noodles tapered much like a rat’s tail). His stall is believed to be the first to sell Mee Tikus. Nyan Shin Cafe at Carpenter Street belongs to the third generation of the Kiew family. 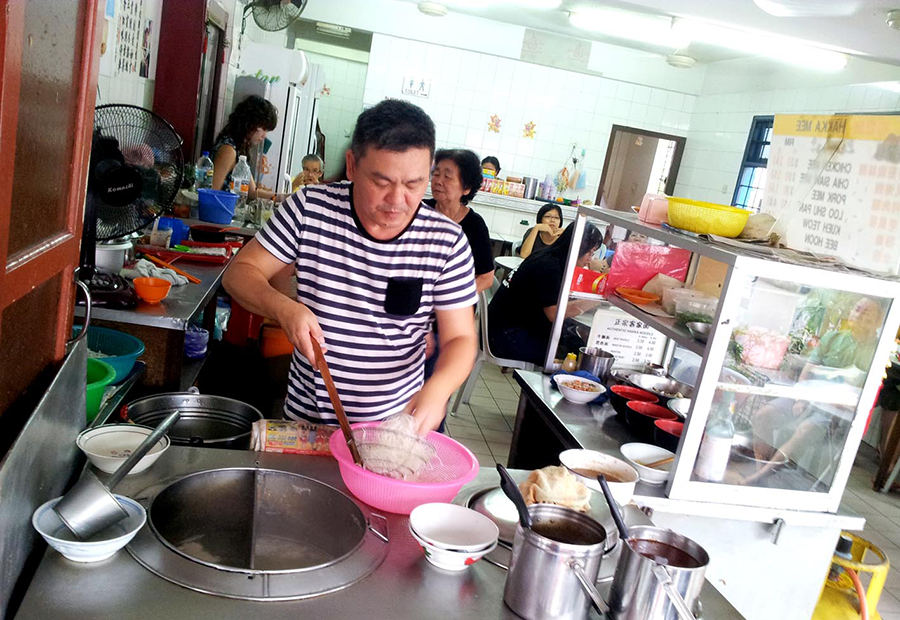