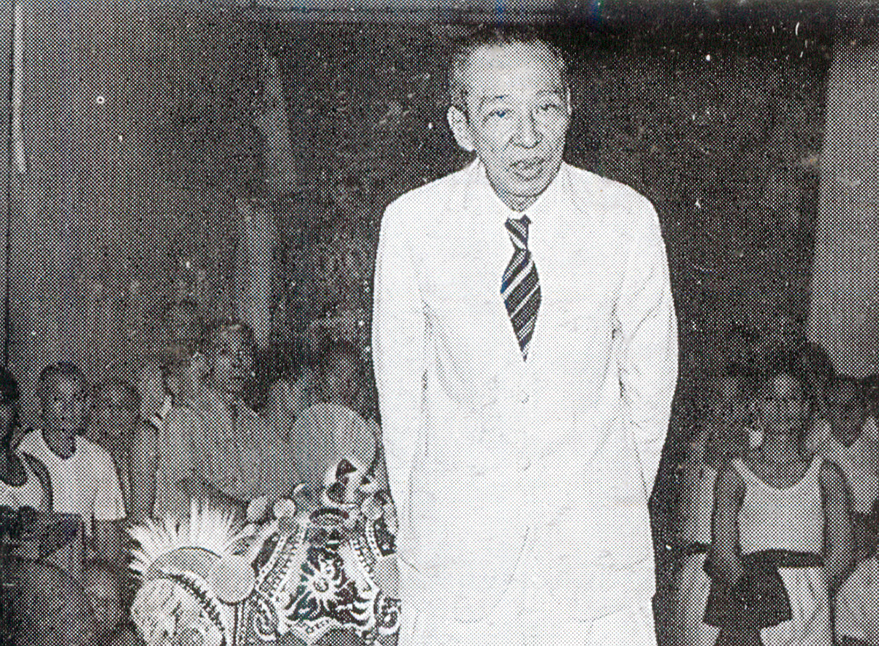 Renowned Cantonese pioneer Lee Wing Thong was born in Zi Dong Town of Nan Hai District Guan Dong in 1884. He followed his village folks to Nanyang in search for better livelihood. He settled in Carpenter Street along with other Cantonese migrants. In the early days, Lee sold “Wooden Fish Book” (木鱼书), a type of libretto with rhythmic lyrics written based on folk tales. These books were thread-bound books published since the Qing and Ming dynasties.

In 1906, Lee rented shop no. 46 at Carpenter Street from the Kwang Wai Sie Association and started Wing Hin Long Company. His business started off by selling grocery and then the trading of jungle products. He also imported silk from China and became one of the biggest trading company in Kuching. He was also one of the license owners under the colonial’s Farm System and operated pawn and private banking businesses.

The capable and successful Lee was appointed by the Rajah as head of the three Cantonese clans in 1920. After the second world war, Lee was appointed the chairman of Kwang Wai Siew Association and was also awarded the title of merit by Queen of England. Lee was very respectable among Chinese and other communities due to his long-term commitment in the social welfare of the people.