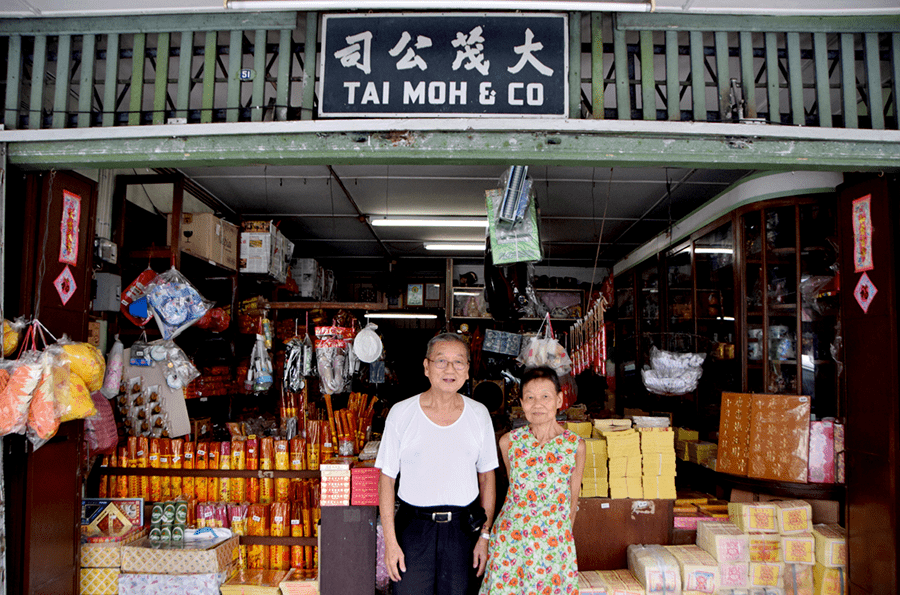 Sim Teow Song was born in Dong Cheng, Chao An in 1904. The Sim family was a well off family. At the age of 18, Sim Teow Song was forced to leave his hometown. He travelled through Singapore to teach in central region of Sarawak. Then he went to Singapore again to seek for a better livelihood. Coincidentally at that time, the company belonging to Tan Kah Kee was looking for a bookkeeper, and since Sim had the experience in doing book keeping, he was given the job.

Later on, Sim started off a business partnership with his friends in Singapore. The business required him to travel frequently between Kuching and Singapore. In 1939, he established a shop by the name of “Tai Moh” at Carpenter Street. The shop was supplying products to Singapore. During the second world war, his import export supplying business with his partner was greatly affected. After the war ended, the business in Singapore was forced to end. Sim then re-established Tai Moh Enterprise and turned it into the first joss stick shop in Kuching.