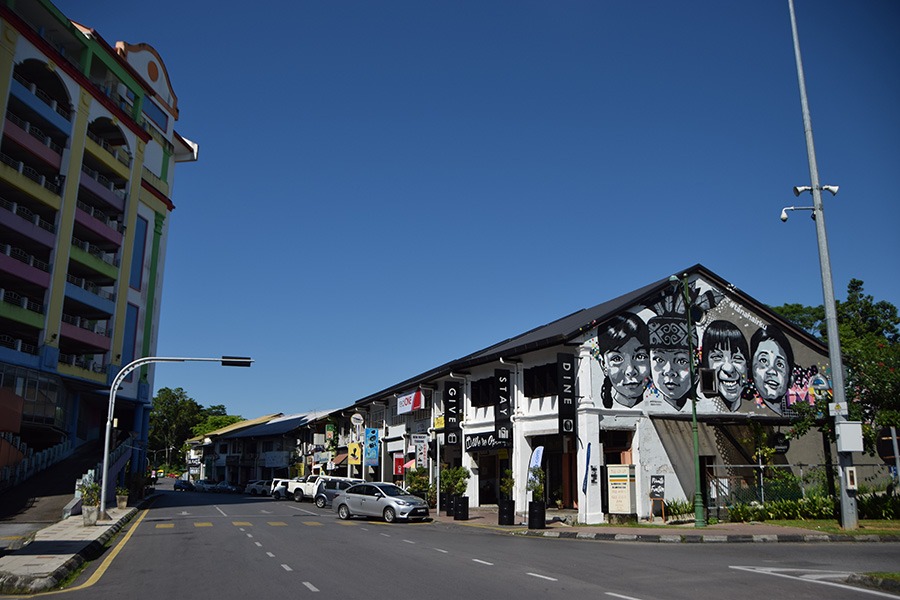 Wayang Street, also known as “Hua Xiang Street” (花香街), used to be an area dominated by the Hokkien. The Hokkien’s famous Hong San Si Temple (凤山寺) is located on the street and every year during the temple deity’s birthday celebration, a stage was set up opposite the temple. Crowds, including nearby Malay villagers, flocked enthusiastically to watch the vibrant Hokkien opera. The name “wayang” could have been acquired from the Malay audience as it is a Malay word. As for the use of “Hua Xiang”, there are two interpretations. The first interpretation is there was a flowering tree that exudes a fragrance on the street. Another interpretation alluded to the presence of heavily perfumed and doll-faced women who frequented the area.

According to the inscription on one of the plaques’ in the Hong San Si Temple, the street was also called “Hock Soon Street” (福顺街). A name believed to be from among the Hokkien. There was also a rather unfortunate unofficial name given to the street. In the early days due to the abundance of cow dung on the street, it was also called “Cow Dung Street” (牛屎街).