In Search of the Vanished Sungai Kuching 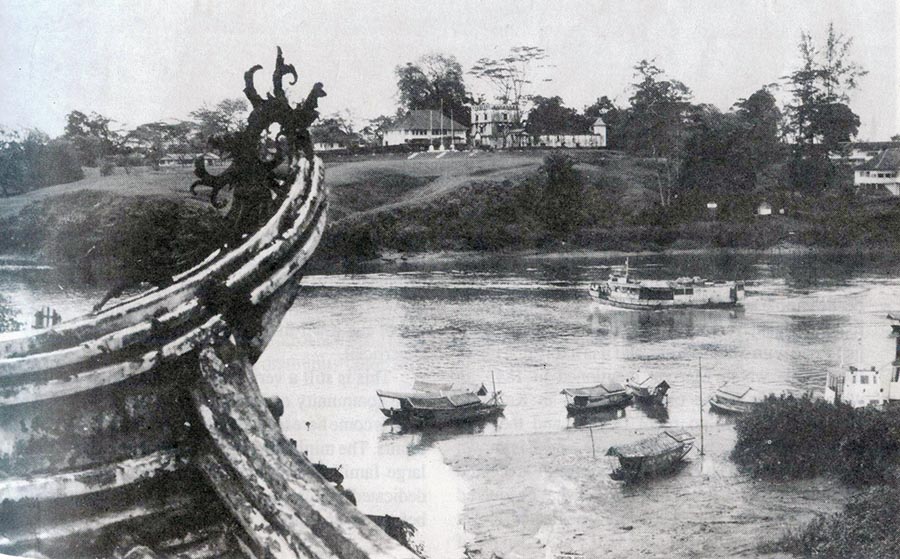 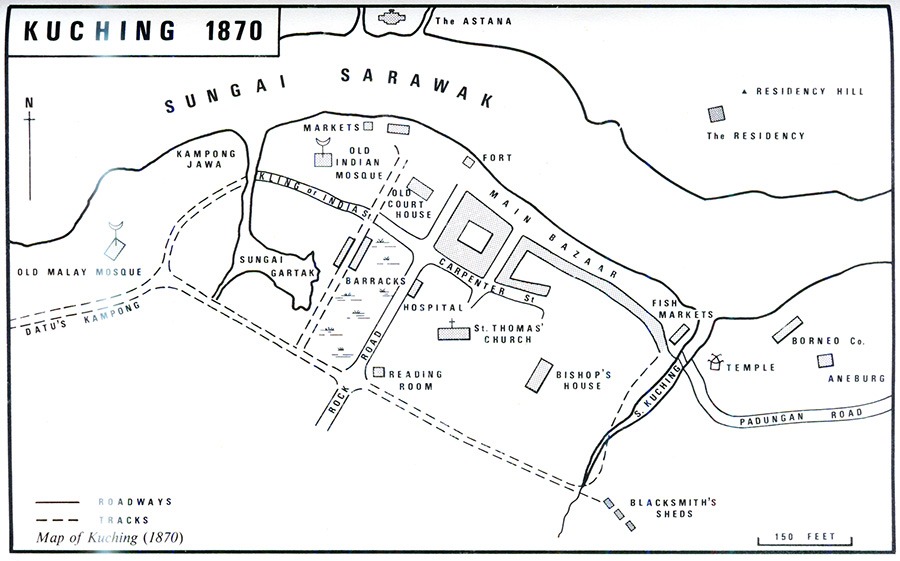 Rivers are often the cradle of civilisation – and are just as often sacrificed in the name of progress.

On a map of 1870 Kuching (fig. 1), a small river labelled Sungai Kuching is marked out: from what is now Sa Kak Po (the triangular intersection of Tabuan and McDougall Roads), it flowed down the east side of the Old Bazaar and entered the Sarawak River near Tua Pek Kong Temple. The Sarawak Gazette shows that the present Temple Street was built over the river (reduced to a subterranean stream) in 1928.

The Sungai Kuching or Kuching River was a tributary of the Sarawak River. Dayak traders traveling from the interior or the coastal regions would often moor their boats along its bank, sources say. Early Chinese activity also centered around the river, as evidenced by the historic Tua Pek Kong Temple built at its mouth and the Hong San Si Temple (also called Seng Ong Kong Temple) erected by Hokkien immigrants near its western bank. 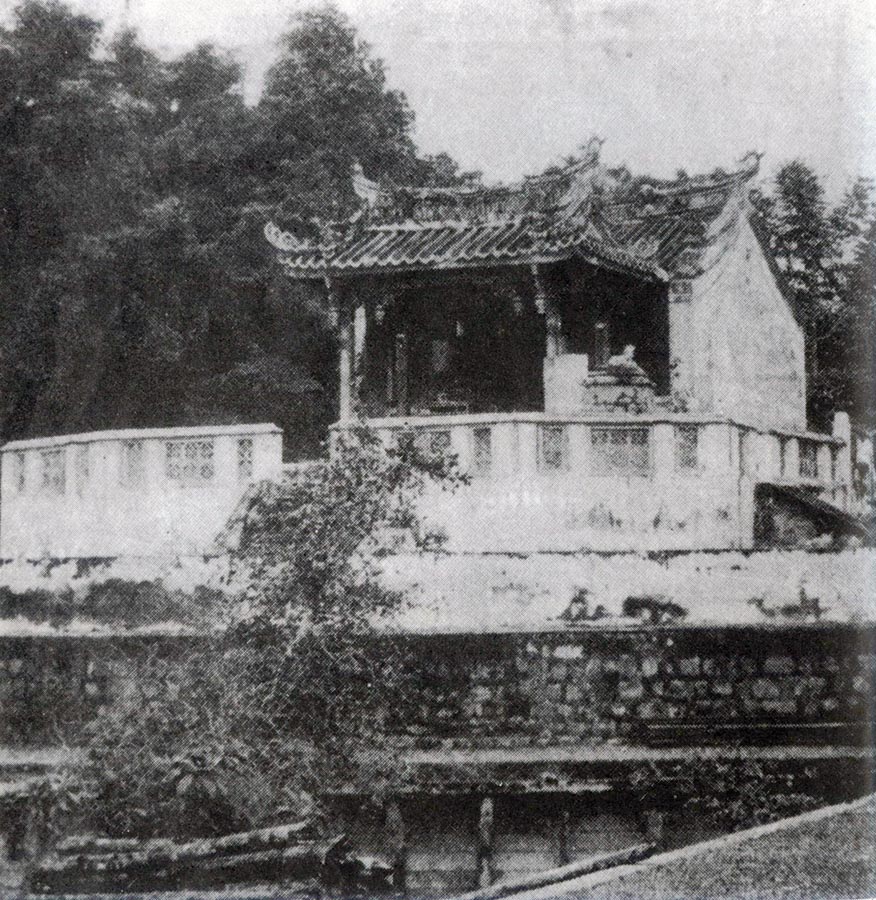 Few photographs of Sungai Kuching exist. One taken from the rooftop of Tua Pek Kong (fig. 2) shows a few small boats moored at the mouth of the tributary at low tide. From what is visible in the image, it can be inferred that the mouth of the river was quite wide and that the river might well have lapped the base of Tua Pek Kong at high tide. Another photograph (fig. 3) indeed appears to show a levee below the temple. 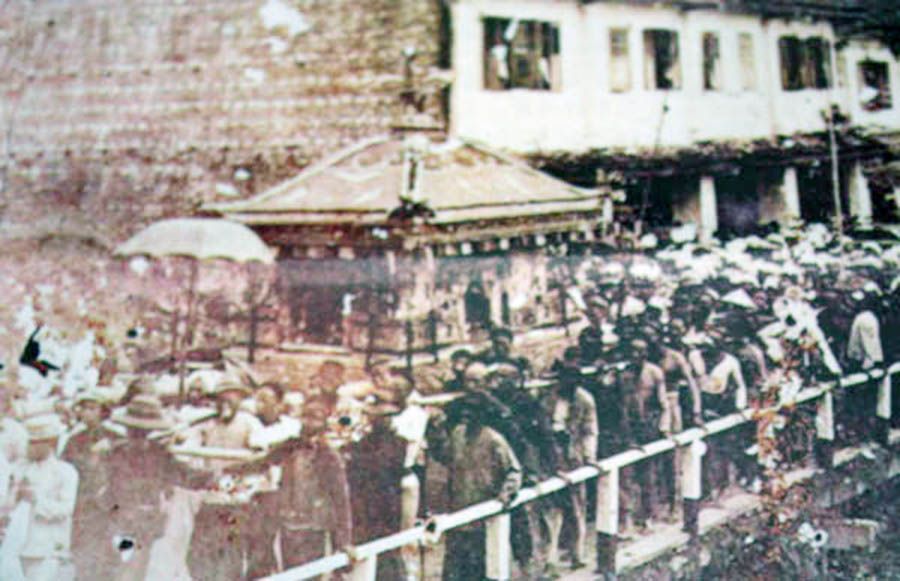 A 1908 photograph taken from Tua Pek Kong (fig. 4) shows the funeral procession of Chua Lian, wife of Chawanese (Zhao’an) pioneer Chan Koh, crossing a bridge over Sungai Kuching. The scale of the bridge gives us an idea of the breadth of the river. Beyond the bridge, the shophouses of Main Bazaar began next to the riverbank. 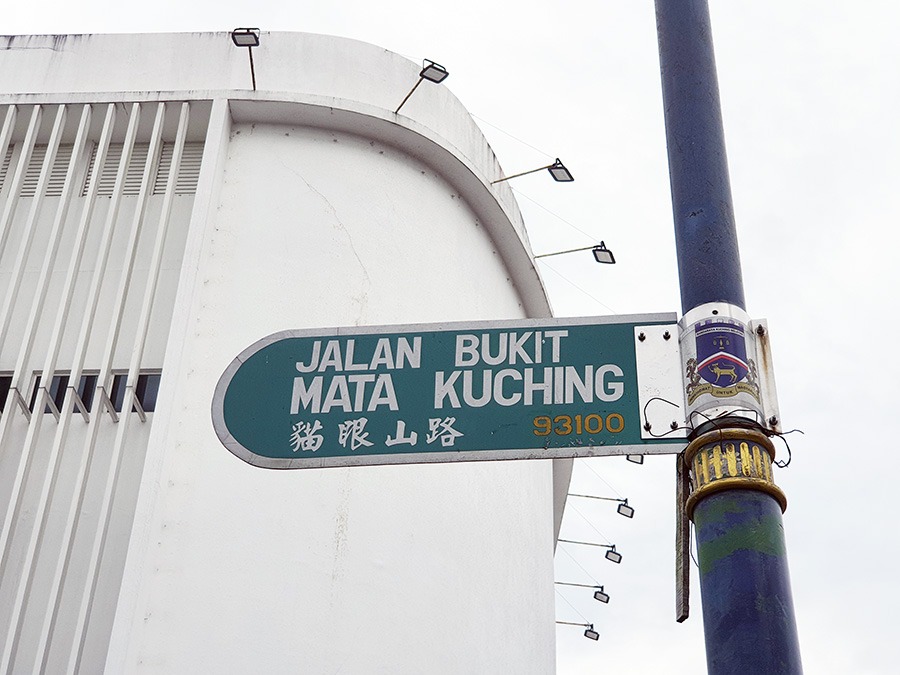 While the information on Sungai Kuching is scarce, its name can be traced to the small hill on its eastern bank, Bukit Mata Kucing (or shortened to Bukit Mata). It is believed that a grove of longan trees were once grown on the hill. Longan, known in Malay as mata kucing (literally “cat’s eye”), gave its name to the hill and, subsequently, the river at its foot.

In Suriani Binti Sahari and Tom McLaughlin’s Sarawak River Valley: Early Times to 1840 (2020), a study of the oral and written history that developed along the Sarawak River, intriguing clues are offered regarding the history of both Bukit Mata and Sungai Kuching.

Bukit Mata had at least two other names among the Dayak: it was known as Suang Norwang to the Bidayuh (Land Dayaks) and Bukit Senarum to the Iban (Sea Dayaks), who built a longhouse there. The book does not specify when these two names arose, but they certainly predate the arrival of James Brooke.

Next to the Iban longhouse was the river known as Sungai Aki (“grandfather’s river”) in Iban and later as Sungai Kuching. After James Brooke’s arrival, the longhouse was moved and a longan (mata kucing) grove was planted in its place, lending its name to both hill and river. In the 1850s the site became the office and warehouse of the Borneo Company. The Hilton Hotel has occupied the spot since the 1980s. 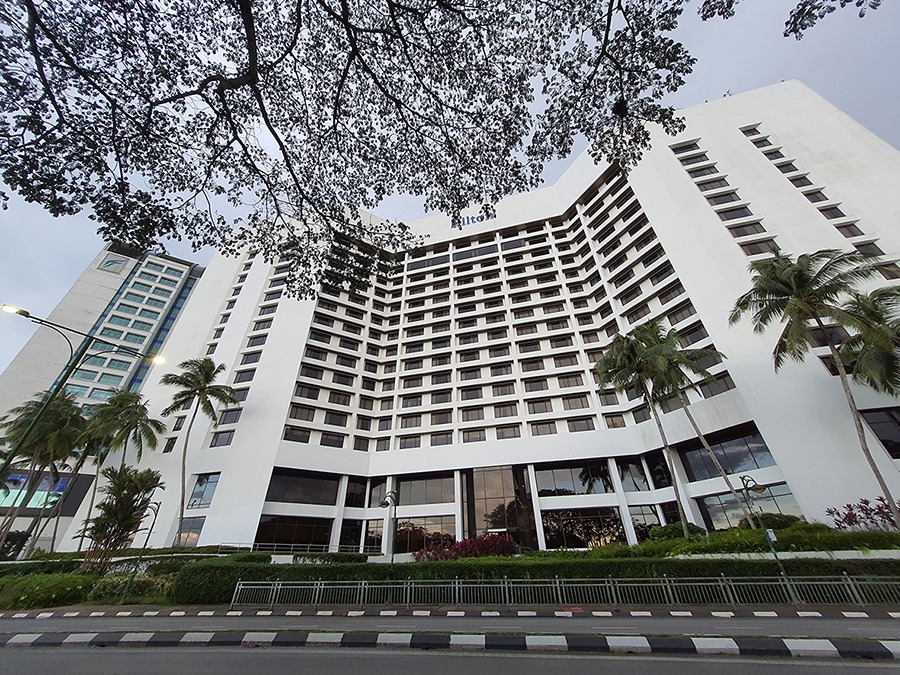 In a conversation with Old Bazaar resident Mdm Au Wai Oi several years ago, she recalled having seen Sungai Kuching as a child. According to her vague memories, the water level of the river usually stayed low but could rise steeply during high tide or heavy rain. Children have drowned in it in the past.

The river vanished nearly a century ago, while the city that shares its name has grown and changed. For us, the lost river still has stories to tell.