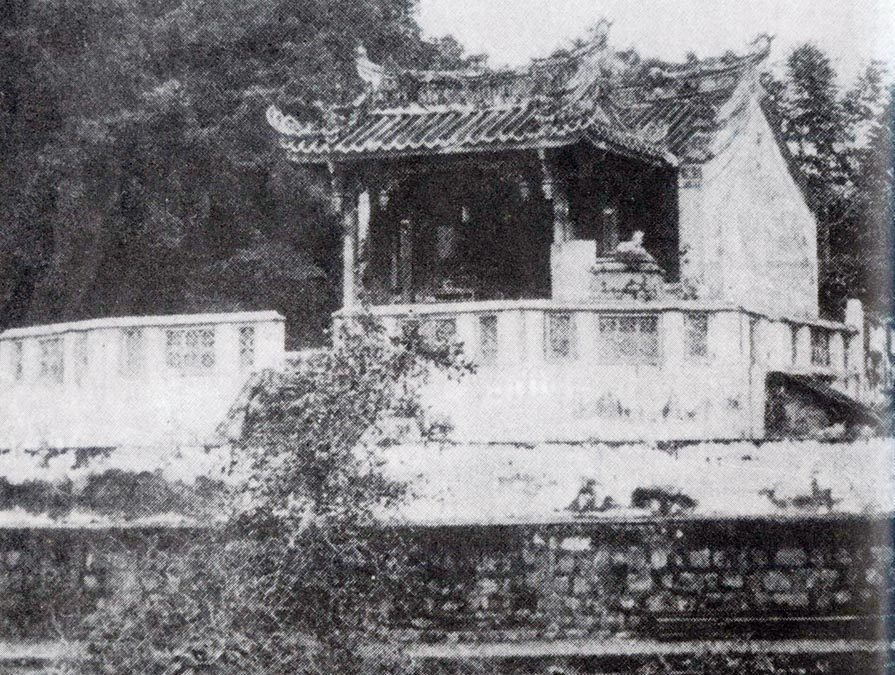 Upon arrival in Nanyang, it was a common custom for Chinese migrants to set up small altars to honour the deities of their hometowns. Prayers were dedicated to express their gratefulness for the safe voyage. Thereafter, blessings and protections were continuously sought after to help with success with their new life in the foreign land. 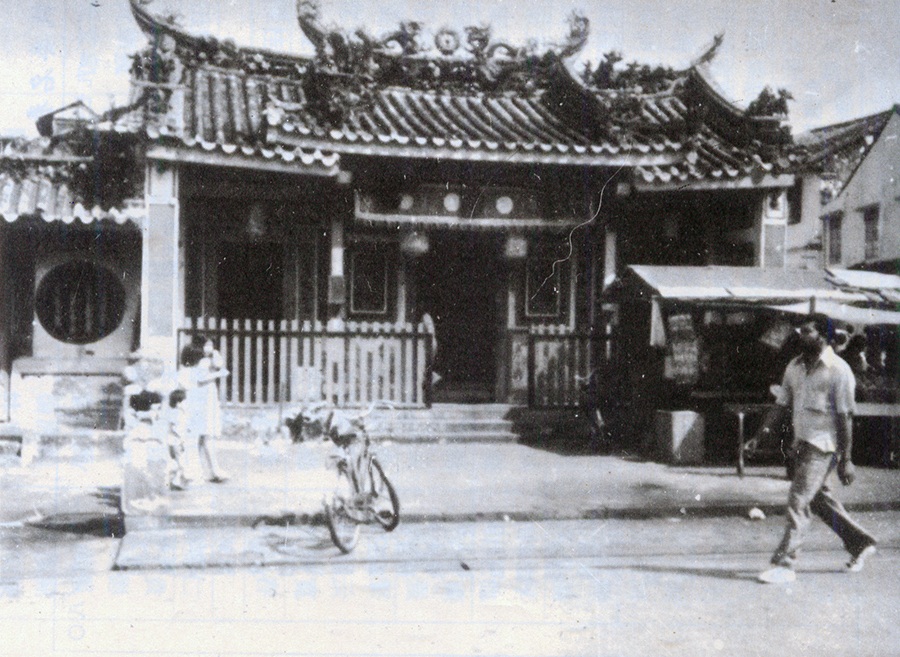 The Hong San Si Temple of the Hokkien with its myths and legends（source: Kuching Hockien Association Centenary Souvenir Magazine）

Over the years, the old temples in Kuching Old Bazaar were set up by the various dialect groups. These include the Hong San Si Temple (凤山寺) by the Hokkien, the Hiang Thian Siang Ti Temple (上帝庙) by the Teochew, the Hin Ho Bio Temple (天后庙) by the Hainanese, and the Kuan Ti Temple (关帝庙) by the Cantonese. All these temples were built in the mid-19th century. Another temple under the management of the five association clans known as Kuching Chinese Community Charitable Trust Board is the Tua Pek Kong temple (寿山亭福德祠大伯公庙). The Tua Pek Kong temple is the oldest temple in Sarawak and possibly dates back to as early as 1820. Apart from the Kuan Ti Temple which had moved together with its affiliated Kuching Kwong Wai Siew Association (古晋广惠肇公会), all the other temples remain at the Old Bazaar. 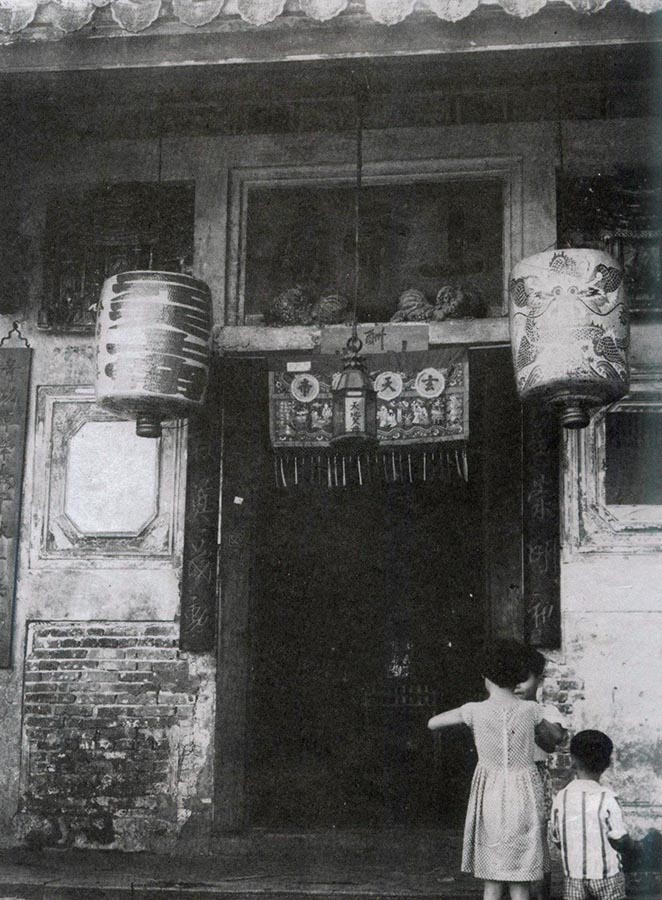 The Teochew refer to Hiang Thian Siang Ti Temple as “Lao Ya Geng”（source: Kuching in Pictures 1841-1946 by Ho Ah Chon）

Temples were the place of gathering for migrants of all dialect groups. As the number of migrants increased, associations became a necessity. These associations adopted the model of the Chinese village communities to manage and handle the affairs of migrants from the same hometown. By the early 20th century, some of these associations had even set up learning centres within their buildings, and one could hear students reciting their lines amidst the hustle and bustle at Carpenter Street. 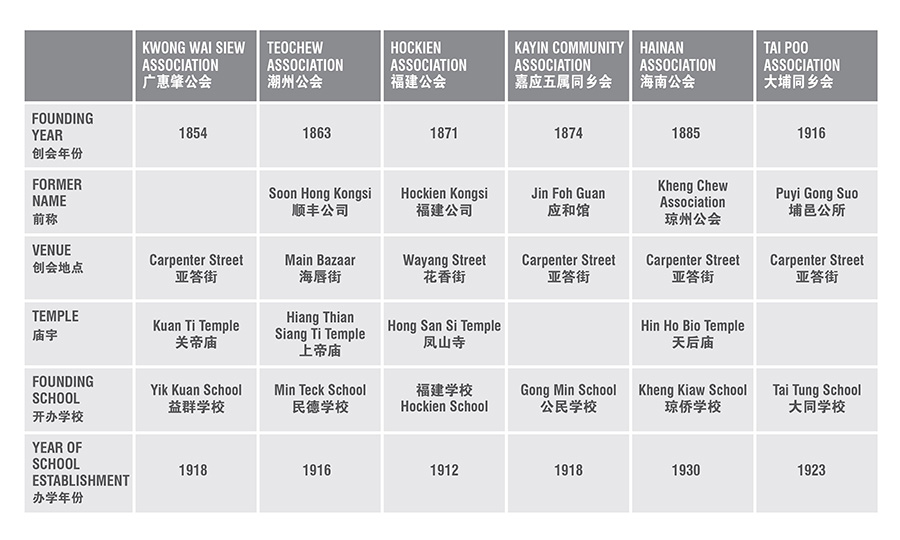 The table lists the six main centenary Chinese associations in Kuching and their respective temples and schools. The associations also helped to handle matters pertaining to their members’ outbound and return journeys and care and lodging for the needy either at the association building or subsidiary buildings. Each association also had their own cemetery, known as ‘Kongsi Sua’ (公司山). ‘Kongsi’ means “association” and ‘Sua’ means ‘hill or mountain’. The association served as a form of welfare and security support for the village folks.

Significantly, after the Second World War, the Chinese associations began to centralise the organisation of the schools. This was the beginning of the Kuching Chung Hua Primary and Secondary Schools.

As the earliest and only business district in Kuching back then, the Old Bazaar produced many prominent traders. The influence played by the various dialect groups in expanding the economy has been enormous since the 19th century. This influence extended from the establishment of the living environment to the trading areas. The Hokkien and Teochew being the largest group at that time probably yielded the most influence and were instrumental in progressively driving the economy and the development of the city since the Old Bazaar era. 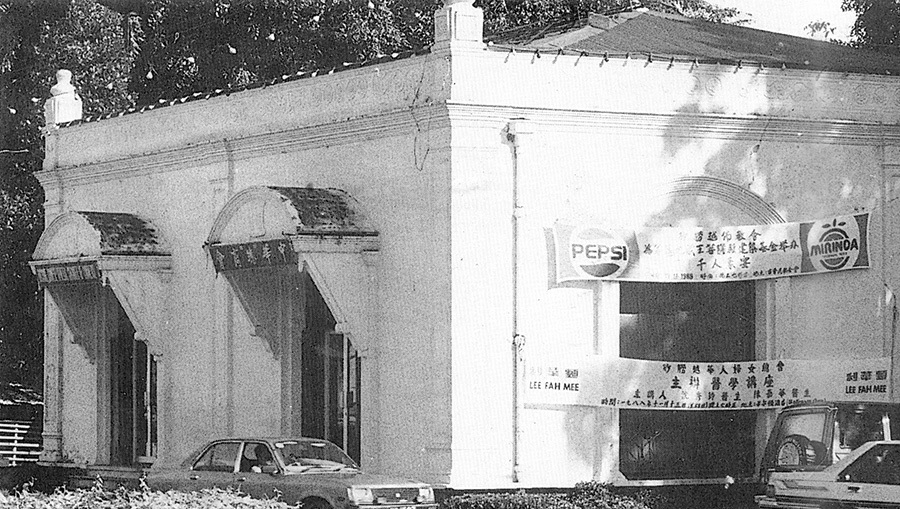 The former Chinese Courthouse also served as the office of the Kuching Chinese Chamber of Commerce. It is now the Chinese History Museum.（source: Changing Land Scape of Kuching by Ho Ah Chon） 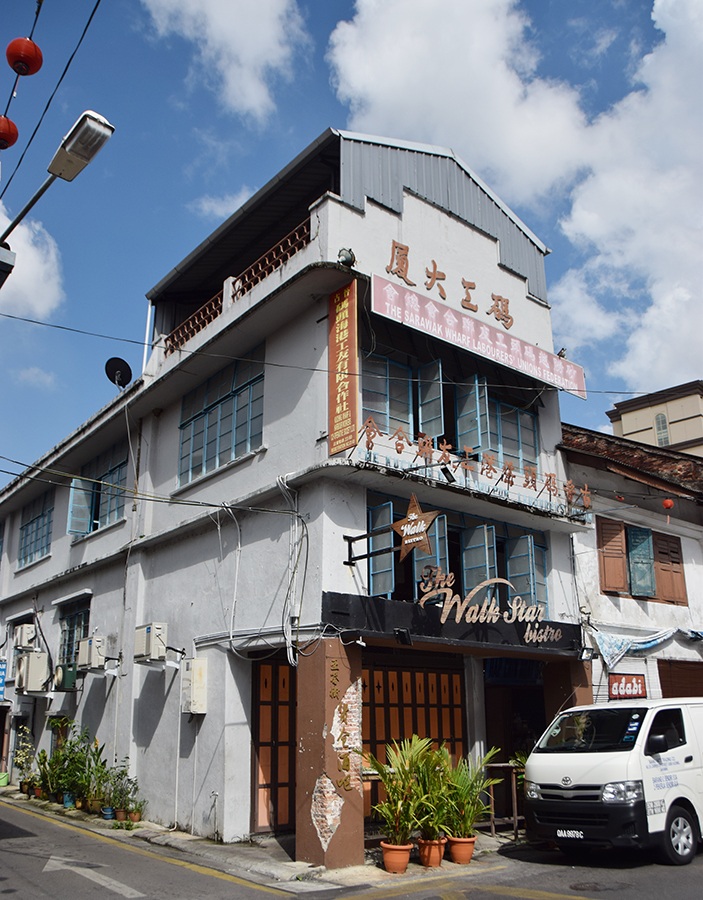 The Harbour Workers Building is evidence of the Old Bazaar ‘coolies’ era（source: Caiyu） 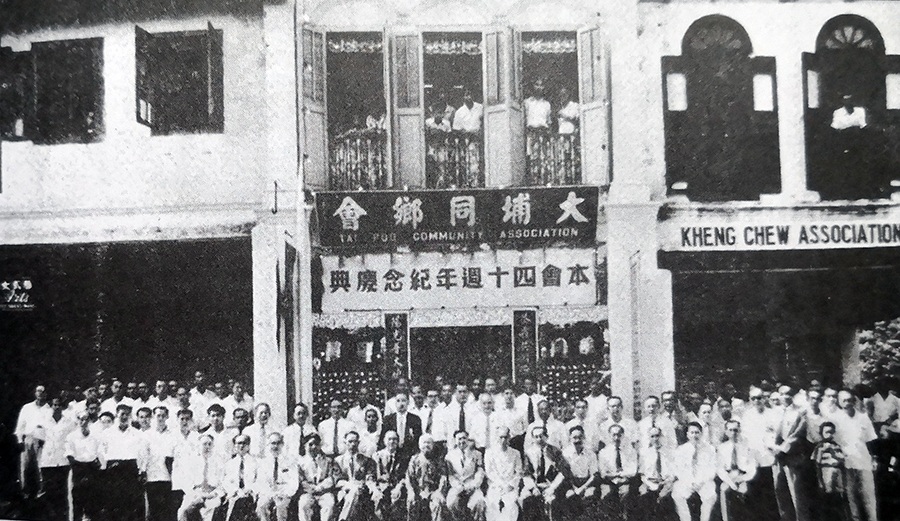 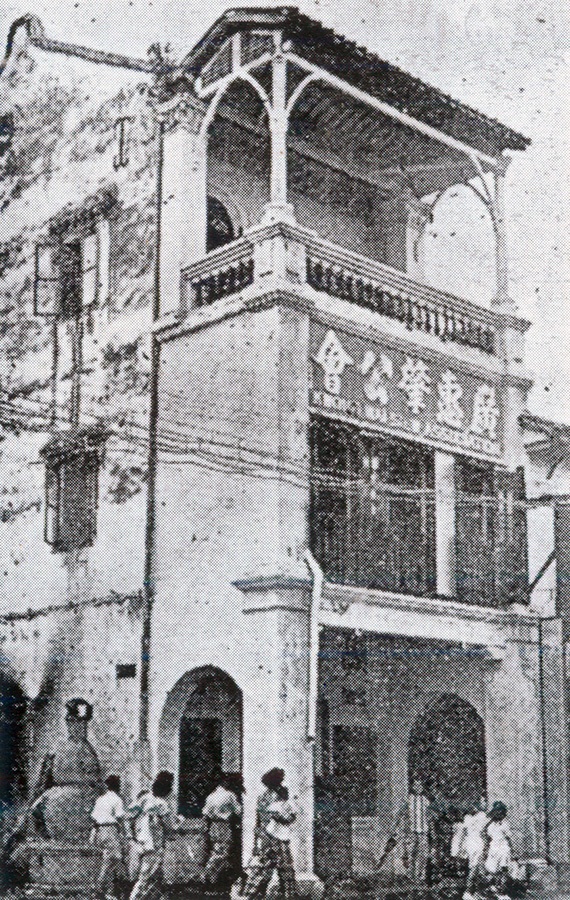 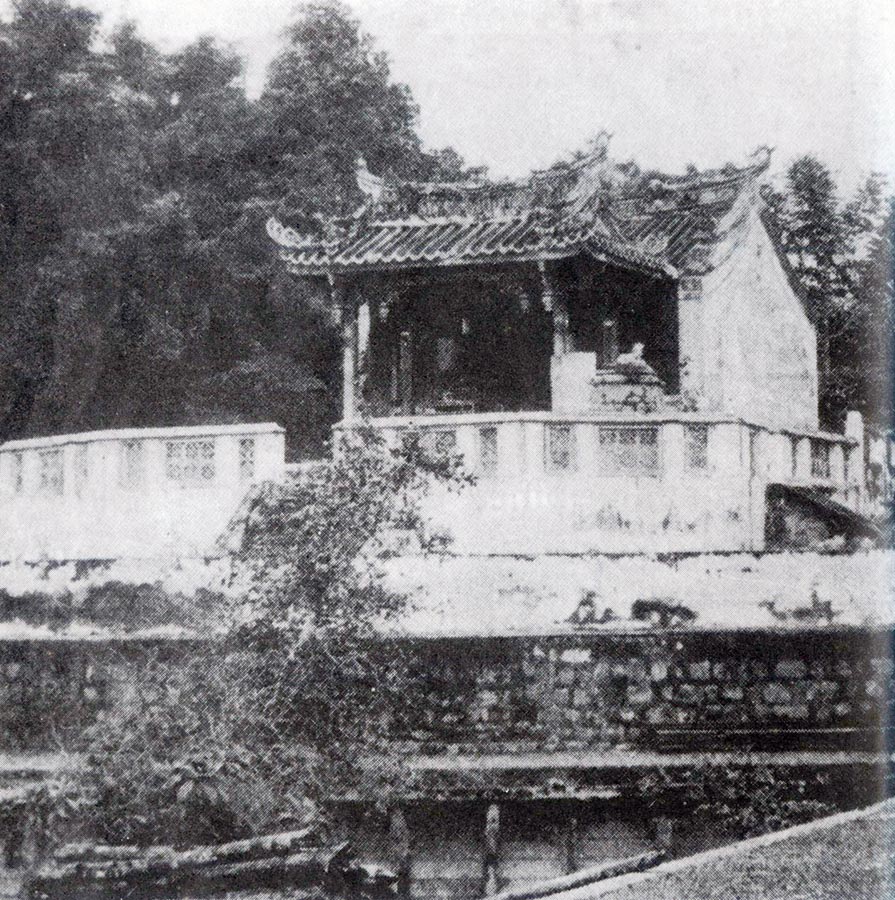 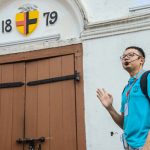