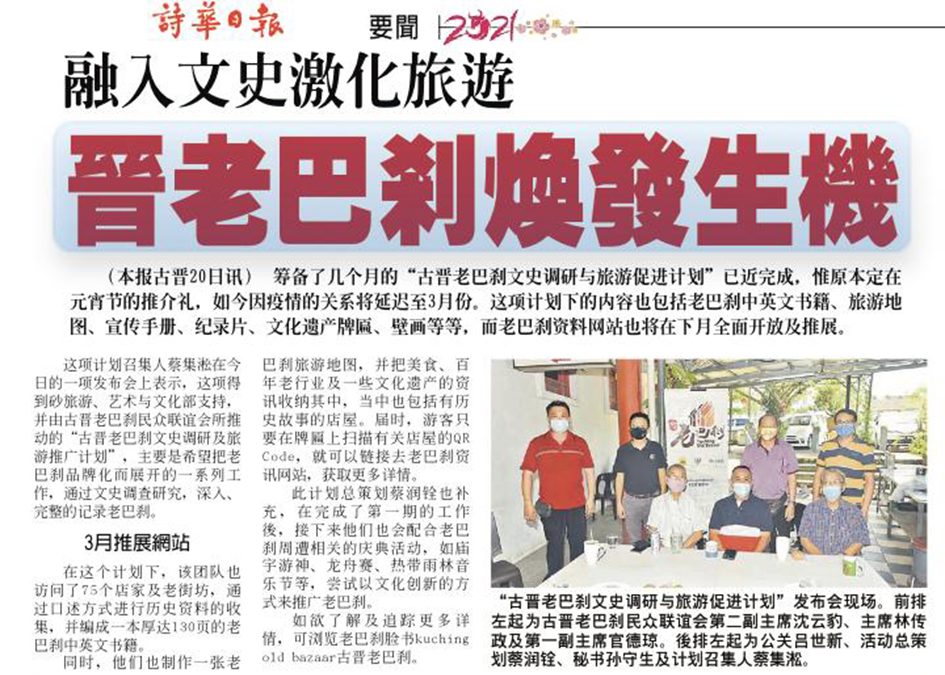 2. The launching ceremony of Kuching Old Bazaar originally scheduled to be held on the Chap Goh Meh Festival (26/2) was postponed due to the impact of the Covid-19 epidemic. The new date will be announced later.